“Those who cannot remember the past are condemned to repeat it”. Ironically, the words are attributed to the Spanish born poet and author George Santayana, a handful of years before the Spanish Flu ravaged the world. Estimates of the toll put the number of dead worldwide at anywhere between fifty to sixty million. In perspective, the estimated military and civilian death toll of World War I is under thirty million, the number is pegged at around fifty million for the Second World War. But a global pandemic with its colossal devastation is easily forgotten, while we haven’t stopped reminiscing about the Wars. A lesser known fact is that the largest number of victims of the Spanish Flu were Indians. Most expert estimates put the death toll in India at twelve to eighteen million (1.2 to 1.8 crores). Between 5 to 7 percent of India’s population died during the Spanish Flu.

According to the Census Reports of 1921, it is estimated that the pandemic wiped out seven years of population growth between the years 1911 and 1917.[i]

As life limps backs to normalcy, the Covid-19 pandemic receives lesser public attention, because for many Indians the epidemic is not the primary issue. Job loses, hunger, poverty, dwindling savings, and soaring prices are what really matter.

Pandemic fatigue has set in, and we are exposed to a new set of threats, that of the politicisation of the Covid-19 scourge that has destroyed millions of lives, and even worse, stricter regulating of our emotions. As a protean disease that presents as alternately benign and plague-like, the Covid-19 pandemic both draws on these discourses and subverts them, disrupting medical efforts to use the dread of foreign pathogens as an instrument of political power.

In any moment of crises, truth achieves instant martyrdom. In an era of omnipresent media, social media, and pliable media, facts and figures are buried deep down in the fine print, or drowned in high decibel television debates. Not every piece of information with respect to the pandemic is wetted, fact checked, and then sent out in the public domain. Almost anyone with a social media account and a smartphone is a journalist. Bad news makes bad optics, and good news is the order of the day. Unfortunately, it lulls people into a false sense of complacency and plays into the devil’s hand.

A century ago, there was limited access to media, and consequently, limited propagation of information. Part of the reason was that press censorship that was in place in American, French, British and German newspapers which printed nothing negative, nothing that might hurt morale of the people, during the World War. Victories at War, real or part of propaganda, lapped up the front pages, and radio airwaves. Anecdotally, Spain which had few early cases of influenza, had the misfortune of lending its name to this pandemic only because Spanish press was not censored since Spain was neutral in the War. Spanish papers were filled with reports of the disease, especially when King Alphonse XIII fell seriously ill. The disease soon became known as “La Grippe” or “Spanish Influenza” or “Spanish Flu,” very likely because only Spanish newspapers were publishing accounts of the spread of the disease that were picked up in other countries.

The colonial Indian government was no exception. At the onset, the official version was that the ‘fever’ pathogen was of local Indian origin, and had not been carried from the shores of Europe. Wartime press censorship made it impossible for any independent assessment, or medical opinion to be shared with the public. Being unable to control the spread of the disease, the authorities continued to blame it on Indian ‘unsanitary’ conditions.

The Spanish Flu elicited a guarded, yet critical reaction from the press of the day. While the Surgeon General claimed that the District Collectors had done all in their powers to control the pandemic, and had saved countless lives, the press differed in their collective opinion, albeit cautiously. The Bombay Chronicle observed that the Sahibs had taken off to the Hill Stations to escape the heat and the contagion, while lower level Babus (natives mostly) were left to address the emergency. The Gujrati Samachar asked what the highly paid government experts were doing to help the people in their distress. A letter to the editor in the Times of India criticised the inaction of the Bombay Municipal Corporation, and referring to the high salary paid to the Health Officer, who, it stated, “..could not even correctly diagnose the fever”. The newspapers and publications did not limit their efforts to playing the role of a guardian of public wellbeing. They offered suggestions and observed that the Government should take people into confidence since it was natural for the masses to turn to them for succour.

A study of various media, print, electronic and television, appears to have been found wanting post the Lockdown with respect to the Covid-19 response. It appears that the media has taken on the role of a narrator of information, statistics, and government policy. Opinions on the government’s response and effectiveness have been restricted to panellists who appear on television and propound their politically biased versions of reality in debates that have morphed into sparring bouts.

Media briefings are the order of the day, and pressmen take down notes like students in a classroom. Pandemic-propaganda has become the new means to exploit the already terrified multitudes. In order to appreciate the extent of ‘pandemic-propaganda’, it is necessary to recognise the decisive role played by the media, in the dissemination of this propaganda. It is an unspoken truth that governments have little need to blatantly direct content or censor the press. Instead, governments rely on sympathetic media proprietors and editors to stifle political dissent and distract attention from the pandemic, just as they did a hundred years ago during the Spanish Flu.

It has become fairly evident that epidemiologists and economists have been relegated to brief appearances on TV shows, and politicians and media anchors have morphed into epidemiologists and economists. They have successfully flattened the economy and miserably failed to flatten the Covid-19 curve. We have suffered once, a hundred years ago because of lack of credible information. Our leaders and our media must learn from the past, or else there will be no place in our hospitals, graveyards or crematoriums!

The Pandemic of Protest:

As in Ireland in the crucial years 1916 – 22, the Spanish Flu in India could be subsumed within a more compelling story of patriotic suffering and aspiring nationhood. While some of India’s leading dissidents, such as Bal Gangadhar Tilak and Annie Besant, were less vocal than they had been in 1917, a new whirlwind force was emerging in Mohandas Gandhi, who in a matter of months switched from recruiting soldiers for the Raj, to riding the wave of anti-colonial discontent.

The draconian Anarchical and Revolutionary Crimes Act of 1919, popularly referred to as the “Rowlatt Act”, was enacted by the British to discourage Indians from rising against them, by suppressing revolutionary groups, allowing arrest and deportation without warrant, power to imprison protestors without a trial, and strict controls on the media. Recovering from a minor bout of the Spanish Flu himself, Mahatma Gandhi called for non-violent resistance against the repressive Rowlatt Act and so sparked a fresh round of peaceful protest and defiance, know as the Rowlatt Satyagraha. Gandhi organized for the first time a ‘hartal’ for the masses to suspend all business and instead gather in public spaces to fast and pray to demonstrate peacefully their opposition to the law with civil disobedience.

The subsequent arrest of two of the most prominent of the champions of the ‘Satyagraha’ movement, Dr. Saifuddin Kitchlew and Dr. Satya Pal, led to events of the 13th of April, 1919, arguably the most hallowed date in the history of the struggle for India’s Independence.

As hundreds of devotees gathered at the Jallianwala Bagh, close to the Golden Temple, to celebrate Baisakhi, and hold a peaceful protest, Colonel Dyer arrived with his troops, sealed off the only exit, and ordered indiscriminate firing on the peaceful and unarmed crowd. The death toll is pegged at anywhere between 500 to a thousand. The massacre that followed has few parallels in history, and became a defining moment in the struggle for independence. Rabindranath Tagore renounced his British knighthood as a symbolic act of protest against the massacre.

The Spanish Flu wasn’t the only epidemic that arrived in India in May 1918. Contemporary journals of the period mention the ‘second epidemic’, namely the looting and grain riots that broke out across the country, more so in the Madras Presidency. The food grain riots were not the result of the influenza or any government attempts to control it, but over steep and sudden rises in food prices, exacerbated by shortages, speculation and hoarding.

Similarly, the current pandemic has been marked with a series of riots, street unrest, and farmers’ protest.  The riots in North-East districts of Delhi ( Delhi Riots 2020 ) between 23 and 29 February 2020 claimed more than 50 lives, and left nearly 500 injured. Amnesty International India’s investigation has recorded a disturbing pattern of grave human rights violations, custodial torture, use of excessive force on protestors, and user-generated video evidence of the police being mute bystanders as gun wielding criminals fired indiscriminately.

The garden city of Bangalore burst into flames on the night of 11th August this year. All for a seemingly innocuous Facebook post. Dubbed the Silicon Valley of India, Bangalore’s communal tolerance between religious sects appears to be just that, a thin film of silicon. Throwing caution to the wind, disregarding social distancing, rioters went on a rampage, and left at least 3 dead, and over a hundred wounded. Pre-planned, or communally motivated, non-cooperation, civil disobedience and political crisis appear to run concurrently with a flu pandemic.

The Farm Bill protests have brought the agrarian community on the streets today, just as the Grain Riots did during the Spanish Flu. Farmers across the country have begun protesting vehemently ever since controversial farm bills were passed without much debate in Parliament. Only time will tell if deregulating the agricultural markets, and bringing in agrarian reform will benefit them. For most Indians, whatever socio-economic strata they belong to, or their political inclinations, influenza pandemics are part of a more engrossing struggle for survival, subsistence, self-determination, and political resistance.

Paradoxically, while the pandemic may have acted as a catalyst to protests and riots, by the same token, economic stress, job losses, sickness and death among the masses partly explain why such protests have quickly ebbed away.

History affirms that human spirit evolves just as the virus mutates, and from each successive plague, mankind has emerged stronger, wiser, and more resilient. We must fight the Coronavirus pathogen individually, and collectively the ‘mental contagions’ of paralysing fear, loss of liberty, and collective amnesia, sponsored by self-serving politicians of all doctrines and their pliable media mouthpieces. Our trepidation must not be allowed to disrupt the social order, nor must it become an instrument of social and political control. The ideals of democracy that were sown on Indian soil during the Spanish Flu, must remains intact when we are done and dusted with Covid-19. 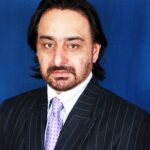 This Article has been written by Rusy Kohli. The author is a keen student of current affairs with context to lessons from history. Historical parallels must not be overdrawn, since they are essentially between incomparables, however, it by no means follows that we can draw no lessons by a cautious comparison.

Also Read – From The Spanish Flu To COVID-19: Impact On The Legal Profession In India

Note - The information contained in this post is for general information purposes only. We try our level best to avoid any misinformation or abusive content. If you found any of such content on this website, please report us at [email protected]

Submit your research paper on any theme relating to law!