In common parlance, the word jurisprudence avowed to be the ‘knowledge of the law’ qua it was derived from the Latin word ‘Juris prudentia’. But it has a broader connotation at times, as it must be considered beyond a mere knowledge of the law. It is a science, which endeavors to ascertain the underlying principles that crystallized the law and can bring in the coherent system, which is being in existence as a subservient fixed principle of justice. In a nutshell, jurisprudence is the theory of law that comprises precedents as well. Thus, it reflexes the fait accompli rationale for the origin of legal concepts.

“A method of legal study that concentrates on the logical structure of law, the meanings and uses of its concepts, and the formal terms and modes of its operation” black’s law dictionary.

As being a complex notion, the law elicits people to have diversified views and definitions of it. For instance, Savigny, father of the historical school of jurisprudence, considered that the peculiar legal system is the mirror-symmetrical of people’s conscience and propounded the volksgiest concept. On the other hand, John Austin, father of the analytical or positive school, opined that the sovereign commands embedded with sanctions are the law. Some consider law as rightness (Ethics) of will and can never be imposed by external legislations. Per contra, others described the law as a science of the totality of rules for which external legislation is possible (Nomology).

However, these many conceptions will not leave it as a vague and undefined concept since the same is perceptual in nature. In the long run, the notion which the majority of society approves will form a principle. Comprehensibly, jurisprudence is the body of principles accepted by the majority of the population. The philosophy of law or theory of law does not study the characteristics of law in a particular country but studies law; in general, that is, those attributions are common to all legal systems.

Concerning the historical school of jurisprudence, it emerged as an adverse response to both the natural school of law and analytical legal positivism. In the words of Prof. Dias, its reaction against the natural law theories can be the basis of several important principles of historical jurisprudence. The collective belief, which the eminent thinkers of this school purported are, the law is found and not made.

Brief about the historical school of jurisprudence:

This school believes that the emergence of law is from the evolution of social practices, intrinsically linked with customs, moral principles, spiritual codes, economic interests, and Rules of etiquette. It argues that law is the fruitful outcome of the evolutionary process that society has gone through ever since its origin and not just exists as an upshot of royal command or command of the sovereign in a trice. Here is the subject that controverts the notion of the natural school of law, which argues that law originated from the command of supreme power and has some divine references. Since being the product of the past, it resulted in historical progression and developments. “The Historical school of Jurisprudence manifests the belief that like men has past so does the law[1].”

This school of jurisprudence further holds that the law is based on the collective conscience of mankind since the societal outset and rests upon the notion of laws are the established facts.

It counted the idea of manmade laws by agreeing on the fact that the law is dynamic, not static, and evolves overtimes in accordance with the societal changes and needs. They substantiate it with the principle of ‘Formulation of the law is for the people and by the people. Salmond considers the historical school as, “That branch of legal philosophy which is termed historical jurisprudence is the general portion of legal history.

This school is also known as the continental school of jurisprudence, as it relies on the customs and beliefs of the people that vary over time but not on the commands of judges or any other superior powers.

The historical school of jurisprudence wholly rejected the definition of law propounded by analytical jurists. For instance, Austin and Bentham opined, ‘a law may be resolved into a general command, one emanating from a sovereign or lawgivers and imposing an obligation upon citizens, which obligation is enforced by a sanction or penalty, threatened in the case of disobedience’. The aforesaid definition was rejected as untrue, unsatisfactory, and not applicable or impracticable.

To gather the collective definition of law in the lights of the historical school of jurisprudence, it is a prerequisite to figuring out the theoretical framework of this school laid by its jurists. The prominent thinkers of this school include,

Their thoughts and contemplations are as follows,

Charles-Louis de Secondat, baron de La Brède et de Montesquieu is the 1st jurist who endorsed the historical school approach in understanding the concept of law, said Sir Henry Maine. Montesquieu was a French judge, philosopher, politician and intellectual, who researched and construed laws of various societies and concluded that the ‘law is the creation of the climate, local situation, accident or imposture’. Hence, there is no point in arguing whether or not the law is good since it depends on the social milieu.

He further alluded that the law should be dynamic as, like society, it changes in accordance with the needs and demands of the civilization. However, he did not go further in explaining his perception of law and society or historical school by establishing a detailed theory. He prescribed that the law should be capable of meeting the demands of hoi polloi. Indeed, he suggested the same in his book ‘The Spirit of laws’.

Friedrich Karl von Savigny, a German jurist, and historian, considered to be the father of the historical school of jurisprudence. He was pointing the ideas of natural and positive laws and rejected the same. He believed that the law is not universal as it varies with the time, place, and conscience of the people, thus, it cannot be employed abruptly. 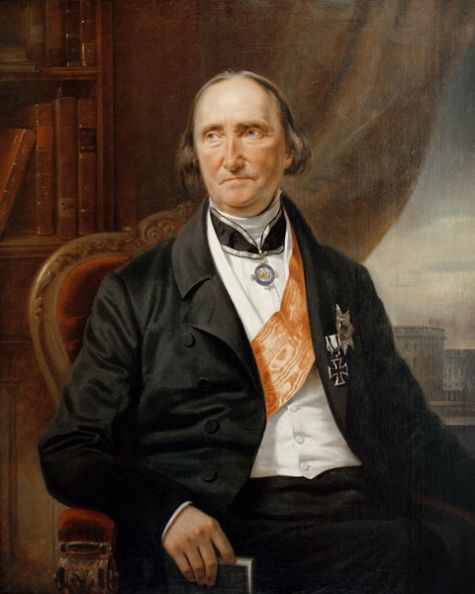 What is law according to Savigny?, “ it is a product of times the germ of which like the germ of State, exists in the nature of men as being made for society and which develops from this germ various forms, according to the environing the influences which play upon it.” Lucidly, the law is the outcome of the historical course, which has manifested the customary laws. Thus, the law isn’t a product of enacted legislation but is the replica of national spirit. As mentioned, in Savigny’s opinion, the legal system is a reflection of the national consciousness, he named it volkgeist.

Law as the product of ‘volkgeist’:

In common parlance, volkgeist is the collective consciousness of the people in a society. Generally, a specific set of people always resembles a particular genre of culture, morals, beliefs, and intellectual conscience as a community or nation, later such traits and customs of society form the legal bedrock, depends on which the future legal decisions will be made. Thus, the sense volkgeist becomes the part and source of law.

Savigny added that volkgeist is the outgrowth of the developing spirit of the national hood. Thereby, he advised the legislators to think before opting for reforms since reforms are the end of a national sense of continuity. Thus, according to him, the law is an integral part of the nation, which is an organism that grows and dies with time.

Georg Friedrich Puchta– the discipline of Savigny, in order to make Savigny’s theory logically structured, Puchta reinforced historical school with an in-depth study focusing on the interrelation between individual interests and collective will of the society. According to him, neither the public nor the nation is the source of law, howbeit amalgamated societal approach defines the law. He believed that conflict between interests of individuals led to the rise of law, and such law has raised the state by resolving the arisen disputes.

Sir Henry Maine, a British jurist, had analyzed the legal system of various societies and propounded the detailed theory on the evolution of law by comparing them. His ideas have traces of Montesquieu and Savigny’s theories, but he never annulled the concept of codified laws and legislations. With the help of comparative study on legal evolution, he concluded that law has four stages of development, are as follows, 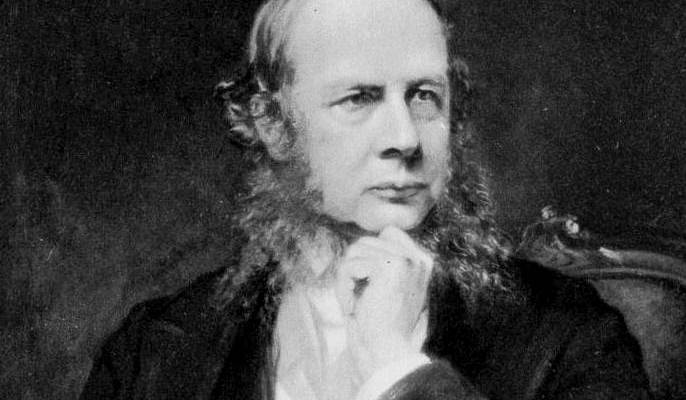 Stage I- Rulers as lawmakers:

A ruler derives his authority from God and acts under divine inspiration. His judgments and decisions are believed to be an order rendered by God. Thus, he is an executor of God’s orders.

Privileged class people provide the impetus for customary laws. It is merely the accomplished commands of the ruler or commands crystallize into customs. In specific it is the precedents.

Minorities take control over those customary laws after when the original lawmaker went powerless. The knowledge and administration of customs go into the hand of minority especially religious.

In this stage, the law gets codified.

Maine further divides society into static and progressive societies. In which, the former lack development after stage IV whereas the latter continues to grow even after the coding stage by the following agents,

Legal fiction: Law changes over time in compliance with changing societal needs, with having the exact force of law unaltered. In Maine words, ‘I employ the expression ‘legal fiction’ to signify any assumption which conceals or affects to conceal, the fact that a rule of law has undergone alteration, its letter remaining unchanged, its operation being modified[2].

Equity: It is one of the significant agents which modifies law and aids to obviate injustice. Maine states the same as “Equity is a body of rules existing by the side of the original civil law & founded on distinct principles”.

Legislations: It contributes to the most effective legal changes and reforms law by the unambiguous statement of enacted legal codes.

In a broader spectrum, the Historical school of jurisprudence studies the evolution of law and provides the insight that people cannot fathom-out law without knowing its evolutionary theory. Multiple theories of this school comprise the origin of law, reasons behind its developments, society as the instrument of legal change, or vice versa. Even though different jurists have different theories to understand the historical aspect of the law, their collective idea is that law and society cannot be studies severally, since both have a positive influence on one another.

[1] Law is found and cannot be made- In light of Historical school, LAW BHOOMI (Jun. 5, 2020), https://lawbhoomi.com/law-is-found-and-cannot-be-made-in-light-of-historical-school/.

A third-year student of law at Vellore Institute of Technology (VIT School of Law), budding first-generation lawyer cum legal researcher with multiple publications in various web journals and portals on different subject matters of law in issue. Being a zealous-natured person with thoughts enrooted in epistemophilia has boosted my passion for research writings by interpreting diversified legal facets. As a perceptive observer and reader, I pay greater attention to the overlooked legal fields where divergent challenges might arise, that include cyber law, environmental law, consumer law, and several constitutional provisions. Besides, I prioritize construing legal problems with social psychology. My dream and vision are to catch myself as a skilled legal adroit.